In the early fall of 2011, I was exercising yoga, specifically the sun salutation position, while watching a yoga video.  I was getting onto my stomach when thinking, "did I lay on something like a ball?" and I peered down to find nothing between my stomach and the yoga mat.  I then laid on my stomach again, and felt the bump pressure. No pain, no discomfort, nothing, just a bump.  I rolled to my back, and pushed gently on my stomach, feeling nothing.  "Hmmm, must be my imagination."

It was two weeks later when I rolled over to my stomach while enjoying reading the paranormal romance novel in my bed.  There was a distraction of a sensation of something under the sheet beneath me.  I pulled away to look at the sheet, finding nothing. I pulled the sheet away thinking there has to be remains of a dryer sheet. Nada.  Nothing.  Curiously, I returned to my bed, intentionally laying on my stomach, when I could feel the bump.  I moved my hands to my stomach to explore; I found a hard lump.  For a second, I thought, "could I be pregnant?" before I reminded myself that I hadn't sex with anyone for a long while.  I rolled to my back, staring at the wall, and thought as if I was a deer caught in the headlights, "Can't be good." 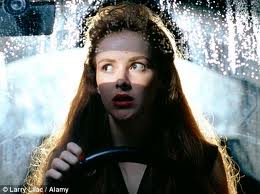 I set up a doctor appointment in early September.  And then I forgot.  Honestly, I forgot due to something else coming up, but I also knew that I didn't just want to know.   The appointment was rescheduled much later, while I was imagining wildly on what this lump could be, especially with looking back at my family history of cancer.   I looked up types of cancer related to stomach: gastric cancer (stomach), primary peritoneal cancer, pancreatic cancer, cervical cancer, uterine cancer, trying to figure which have the symptom of lumps this low to my pelvic.

I kept telling myself, "Think positive- if you think negative, bad things will happen.  This might be something that can be fixed."  "STOP worrying!"     It's not easy to cease worrying, when you have the fear of unknown, that you can't see, therefore not understanding.

I went to the doctor. I signed in, and sat in the waiting room.  I forced myself to go numb in thinking- in what I mean, numb thinking, as in going blank.  Nothing to think, but to live in the now and present. I think that was why I did not run out screaming in fear.   The doctor came out smiling and greeted me.   I got to know her, since it was the first time I met her, hence the first assessment and background information, including not being pregnant right now.

Then she asked, "Now, can you tell me why you set up the appointment?"

I wrote, "I felt a hard lump in my stomach and I want to see if you notice it too."  She agreed to check- and asked me to lay on the table.  She saw the raised bump, which makes me look pregnant as in the 4th month. I have that since I was in my 30's, due to having a fatty belly- "love handles" if you will, but with the bump, making my belly looking bigger.  She touched it, pushing it, sizing it, and looked at me soberly.

I stared at her, and wrote, "what about children?"   She said she doesn't know, and this is out of her expertise.

With numbness filling me up, I went to the check-out to request for them to set up an ob gyn appointment soon as possible. 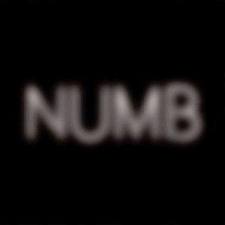 "Numb is the new deep, done with the old me, and talk is the same cheap it's been."
John Mayer
Posted by Wolfers at 7:07 PM