Without Answers (2 of the 4 parts)

Early November 2011, the doctor wasn't happy to hear that the ob gyn wasn't able to see me later in a month, so she arranged for an ultrasound, transvaginal and abdominal.      So I came in to this hospital.  There was supposed to be an interpreter (American Sign Language), as quoted by the doctor- but apparently,oops.. someone forgot.  *sigh*  The registration manager was flustered, when she realized that I couldn't hear, nor lip-read.  So she offered to re-schedule. Knowing it tends to take a long while before getting another appointment,  I didn't want to postpone the appointment, so I went ahead with the testing.

The technician was very sweet, ensuring that there was paper and pen for communication- although as she scanned the area of uterus/ovaries, her face went blank-  You know, that look when someone didn't want to reveal anything, even expressive concern.

The technican discreetly moved the monitor away, to the point I couldn't see what was on the screen.  I looked away, knowing then there was something wrong.  I was hoping that it wasn't bad; perhaps something not real. 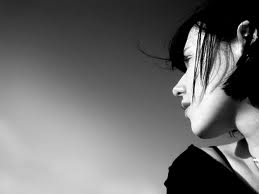 She finished the scanning, and then pasted a fake smile on her face.  She wrote, "We will send your doctor copies of the testing, and she will talk with you then."  I wrote, "Can you tell me what you saw?"

"That is for the radiologist to review, and to talk with the doctor. Wait for your doctor to contact you."

The doctor did contact me, to explain that they wasn't sure what they saw; perhaps a fibroid or tumor, which they could not identify usual characteristics of fibroids they are familiar with.  "They can't confirm it as a fibroid.  I can't rule cancer out."

"I want to send you in for a MRI (Magnetic resonance imaging)."

So here I was, back at the same hospital two weeks later, waiting.  This time, there was an American Sign Language interpreter.  Someone pleasant.  I kinda knew one of her friends, so I was polite, not open about my life.  I know interpreters have ethics including confidentiality, but still....

I was quite amused with the MRI technican who went on and on about the machine, what to expect, and all the 'rules'. "Trust me, I had been in MRI machines so often that I'm a veteran." I replied, referring to the recovery from the hit & run some years ago. He had a spark in his laughing eyes and said, "all right, here you go."

After the testing, I didn't ask. I didn't want to hear them tell me, "talk with your doctor after the radiologist's reviewing."  The technican's face said it all, being very pleasant yet tense.  The light was gone from his eyes.

A few days later, I got the same answer, "We still don't know.  We don't know if it's a fibroid, or cancer.  It is inside your uterus, in the lining- but what it is, the technicans aren't sure."

"We'll have to wait until you see the ob gyn. I will send her the results- hopefully, she can figure it out." 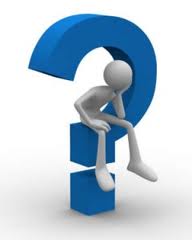 "He who asks questions, cannot avoid the answers."
African Proverb quote.
Posted by Wolfers at 10:24 PM