I was flabbergasted, pleasantly when I checked my email neglected for a few weeks- for a good reason if you had checked my last post.  Hope of  A Crack In Everything  had just nominated me for a Sunshine Award-   I hadn't anything like that before- it's always awesome having some folks sharing their appreciation with you, especially on this lonesome path which could easily knock folks down (when you think about it.)  This is a way to remind us readers (and writer) that we're NOT alone!   Thank you, Hope, for that!  :)

*A Sunshine Award is given to bloggers whose posts brighten your day.  The rules are:

1. Include the Sunshine Award icon in your post.
2. Link to the person who nominated you.
3. Answer 10 questions about yourself.
4. Nominate 10 bloggers to receive the award.
5. Link your nominees and let them know they've been nominated. 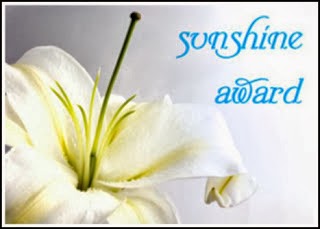 I am quite intrigued by Hope's questions!

1. Where do you feel the most at home (other than, you know, in your actual home)?
New Orleans.   No matter where I am, as long as it's New Orleans, I feel at home- in the French Quarters, looking through old books at a forgotten bookstore; sitting under the shadow of Spanish moss of an huge oak tree at the Audubon Zoo; or laughing among family at a local eats. And in two weeks, I'll be there!

2.  What song brings back good memories? Despite being deaf, I listened to music when I was a teenager, and so I just loved 'Thriller' by Michael Jackson.   (Yes, I know of his history, but damn, his songs are great!).  I dressed up as a zombie, and led a pack of kids through the dance at the Lake Drive school for Deaf one time- and even now I'd listen to that song and do some of the moves!

3. When did you know that you were ready to have children?    That would be 2009, when I realized I was about to become 40 in a year.  I started to do research, especially with the fact that I wasn't with anyone.

5. What's one of your pet peeves?  Saying one thing, and then saying one other differently later on, which is hypocrisy.    Be honest, even if when you know it'd hurt me-  better NOW than later.

6.  What's one of your favorite keepsakes? Wooden spinning toy!  The paternal grandpa had it when he was a kid in late 1910's, and then he passed it to Dad- who then gave it to me.   I guess when my nephew is old enough, I'll pass it on to him. 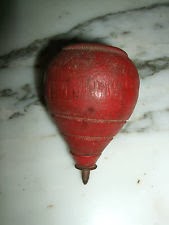 7. Cats or dogs?  Dogs, hand down!   Dogs come greet you at the door, and insist sleeping with you, and you can even go to places with dogs!

9. If you had money to give away, who would receive it?  Schools in New Orleans.   They had lost so much during the Hurricane Katrina and the flooding.   Books, supplies, and after-school activities.

10. When was the last time you laughed really hard?  Last night!  Among awesome friends, over a possible road trip in the future to Chicago, including what to see, including  Hunkomania!  *giggle*

Answering those questions were pretty awesome. Thanks for the opportunity, Hope!

Now here are my nominees:

(note:   Others that I love to read, are private blogs, so I'm leaving them alone.)

Here are my questions for you.

1.  Chocolate or Vanilla?
2.  What is one thing you would rid of,  from the world?
3. What is in your bucket list for the next year?
4. Where do you feel the most comfortable (outside of your home)?
5.  Movies, originated from books (i.e. The Help), or books, originated from movies (i.e. Cowboys and Aliens)?
6. If you could live anywhere (no limits), where would that be?
7.  If you win the lottery ($64 millions), what would be the three first items you would acquire, (or get done)?
8. What is one of your rants, that put you on the soapbox?
9. If you had one chance to a time machine that can only go ten years ago (2003), what would you do?
10. Done any jokes lately? Spill!

*Of course, it's all optional.  The main rule is no guilt!  We all have some intense things going on, so I'll understand if you don't have time right now, or if you pick just a few favorite questions to answer.  If you do participate, please post a comment that links to your answers and nominees, so that others can go check them out.