The Children of Men

While reading "Let's Hear it for the Boys....and well...their Boys", I knew the blogger is right about the invisible spouse when it comes to infertility, especially if the man is infertile. And with the Father's Day coming up, I thought it's a good time to address male infertility-after all, we women deal with stress and re-hashing our grief on Mother's Day.


Basically, male infertility never entered my mind while I started to realize that I cannot have children.  I didn't use the subconscious excuse to blame the male, after all I'm single.   I had the opportunity twice to get pregnant and I seized it; in all, it didn't work out. Back then, I can't even point the finger at those guys because they have children of their own.  So unlike many fellow infertility/childless bloggers, I'm not married or with a partner.  So I did not get to experience the male perceptive of infertility personally.   However, several guys had opened up to me after I started to disclose about wanting a child and not being successful.   Many women tell me that how their husbands would not talk with them emotionally about either going through infertility or childlessness; yet men open up to me- I hadn't yet figured out why.   Let me use this chance to share my experience with male friends giving me permission to divulge some of their insights, putting it all into one, to protect their privacy. To make it all simple, I had assigned a name: Joe.


So, while in emotional chaos after the surgery, feeling sorry for myself, I hated the world.  Friends kept reassuring me that they are there for me; family was telling me how much they love me.  My heart literally was closed to them, rolling around in the mud of guilt and self-blame.

A male friend, Joe, in whom I had known in college, emailed me privately; he stated while he cannot entirely understand what I was going through due to being a man, he does understand this type of loss.  "I cannot have children either."

That statement snapped me out of the murk.  He can't have children?

I confess, I automatically assumed that means his wife cannot have children. I realized then of my fallacy, of looking to the woman for the fault; after all we have heard it so often throughout society. "The woman is barren, hence the man seeks other relationships where he could father children" and "the man has the right to divorce if his wife cannot bear children" are two of instances that come to my mind.

We did not have a chance to talk until a month later, when he clarified that he is the one who cannot father children.  Joe explains that he has low semen, and he is also on medication to maintain a health condition, which complicated his fertility furthermore.

He explained further, how the inability to have children did not hit him in depth in the beginning; he viewed it abstractly. He admits that he doesn't let it affect him emotionally sometimes.  When I heard that, I thought "he was in shock and denial", and then I wonder privately "Is it because of society's expectations upon men not to react emotionally to situations like this?"  I asked some of Joes that question.  One explained "I never had seen my dad cry ever in my life.  He did not express happiness or anger; he just was," in which Joe had gone through therapy at least to let go and show affection.  "But in this situation, I can't.  I don't want to.  It hurts too much, and I'm afraid if I let go, I'd never recover. I have to be strong for my wife and myself." 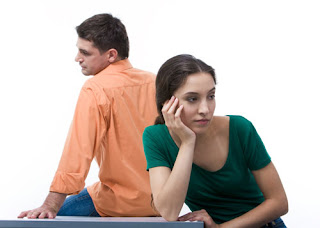 
Joe admitted that it was much later; when he experienced emotional stress (guilt, anger and grief) when he realized especially after his wife expressed her frustration about not having children.  His sister had children, and so did his wife's sister.  Going through the testings and frustration had tested the marriage immensely, especially with the fact that she is capable of having children.  For a while, the relationship was shaky, in which Joe explained, "She basically had to decide if her love for me can negate her desire for children. I couldn't blame her."  What helped stabilize their marriage is that they continue going to couple therapy with a therapist who is familiar with issues of infertility and childless marriages.  He acknowledges, "While I do not know how other marriages survive this challenge, I can imagine how infertility can put a great amount of emotional and mental stress on the individuals involved."

Absence of children is noticeable at holidays. Christmas is a sore topic for him, especially with the holiday being centered around children/childhood. While Joe could see the joy on his sister and brother-in-law's faces as his nieces and nephews open their presents and play, it re-open his wounds, "I couldn't get to play Santa Claus,, I'd not have children that'd experience Christmas as I did in my childhood " and so he finds himself living vicariously through his sister's children, although with some difficulty. Hence Christmas is bittersweet for Joe, compared to other holidays.  "I also don't look forward to Easter, because a lot of parents bring their children to church. I see them bending over to hear something from the child, and I find myself looking at my wife. I see in her eyes, the heartache and the anger, and I feel I failed her."

It is even so confounding that Joe and his wife are very spiritual.  He is of the Evangelical branch of Christianity, in which children are very much desired, basically expected; "Children defines the who of we are, and of God's love upon us.  If we don't have children, we are not of God."  When I learned of that, I asked him, "what about adoption or surrogacy?” not realizing that it is as a sore topic for him, as it is for many of us women going through infertility/childlessness.  He glared at me, and said "It is not something I am willing to think about. I prefer children from my own body; how can I love another father's child?"   He admitted, with the Bible promising children, "like Isaac prayed so much, and God replied with births of Jacob and Esau, so that means I need to pray harder."  It is even stressful; with the focus of the American society- "you don't see that much in other advanced counties- just here. So with religion AND the society's expectations."

Encouraged to expand on that, Joe expressed his perception about the children in western society (United States); "We are socialized to have children, to want children.  Unfortunately, our society is programmed to expect children.  The core issue is that we have a biological imperative to bear the next generation.  If we don't have children, we are viewed as different, carrying the stigma of infertility on our foreheads."  He continued on, with explaining feeling women have it "easier" with being infertile.  "After all, you can talk about it and you get support from each other.  I have seen women without children being able to be aunts or mothers like Sandra Bullock.  I get the feeling when we (men) admit we can't father children, we are viewed as less than men- and so who wants to admit to that?"

He added, "There is so much focus on childless women, so men living with infertility fall between the cracks. Issues of masculinity, male identity, potency, (especially with society's expectation of "being a man") and many immature and self-centered men bragging about their virility, patting themselves on their back. It can be hard to have self-esteem and maintain a healthy level of confidence at times like this, but that's okay.  We need to remind ourselves that there are so many men out there that either chose not to have children like George Washington, Jay Leno, Leonardo da Vinci, William Blake, Ron Reagan, George Takei, they didn't have biological children. We still admire them; they made contribution to society in different ways. We can do the same."

I asked a last question, "What would you like to let guys know who are going through the same situation?"

"Despite not having children (either by choice or no choice), there is no reason for not having a happy and fulfilling life and marriage.  If you feel you're overwhelmed, do look for support, especially if you are married!  Recognize there will be good and bad days (especially with children-centered holidays), do what you need to do for yourself.  Know it is okay to be infertile and it is okay to talk about it."  It is easier when you know of other guys who are in 'the same boat' as you;  Joe added, "I know some who are like me, so we go out and play pool or golf.  We don't talk about it (a lot) like you (women) do, but I know I'm not alone, among close fellow friends who get me."
Posted by Wolfers at 12:17 AM