Last week, I was me.

Not childless, nor infertile.

Among the crowds of signing hands, at a convention for the Deaf, I was just someone in the crowd.  I got to socialize with friends that I hadn't seen for years. I chatted with people who didn't know of my background, hence no one asked if I was married or with a partner, and the best thing, there wasn't the dreaded question, "Do you have children?"

Not someone who had her heart broken by infertility. Not one who goes through good and bad days during her grief process.  Not a woman who aches for the chance to hold a baby in her arms.

People who talked with me, saw a Deaf woman signing in her native language, American Sign Language, a therapist, someone passionate about advocacy in the Deaf community and identity, a labyrinth teacher. Someone who laughed with friends.  A wonderful dialogue over multiculturalism with a classmate after not seeing each other for three years. 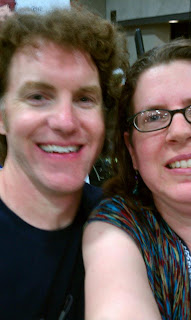 Us artists, Matt (That Deaf Guy) and me

An artist speaking with another artist about feeling connected to her art, and laughing over funny comics. Politics and current ethics hotly discussed between two fellow philosophers.  A local introducing a tourist to delicious native food in the neighborhood. 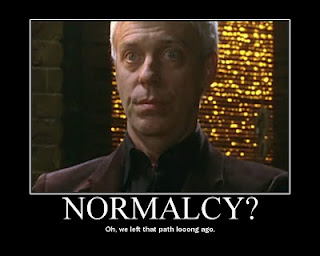 
I didn't realize how much I missed that until last week.

The writer in her blog,Babble 'n Blog, said in one of her posts about normalcy, and of how she realized she had missed that after a crazy schedule of being on and off from work through the holidays last year. She stated, "I hate ruts, but love normalcy. Is that a contradiction or a sign of balance?"

I paused considering that statement.  I don't know about ruts, but does one believe normalcy as a sign of balance?   How do one determine that?  To one, being a single mother might be normal, while not to a two-parent family.  Childless by choice, it might be normal for her with her decision not to have children, which may be alien to families with many children.

There are women  and men who are childless not by choice.
How do we find normalcy?

That is something I need to think on at this time.