Birds of a feather flock together

Some hours ago, I saw something today that I find myself still pondering upon even now.

While walking the dogs, I noticed movements among the leaves of the cherry tree nearby, in which a Cooper's Hawk popped out, with several smaller birds chasing after her.   The predator laid upon a top of a telephone pole, with something in his claws- a bird.   The smaller birds landed on the wires nearby. Watching the hawk starting to eat, I realized something.... 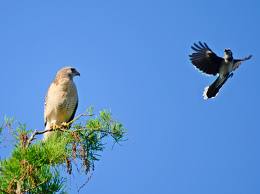 All together on the wires, taking turns flying at the hawk, bombarding and sweeping.

It's a first time I had seen different species of birds teaming together, ever in my life.

The saying popped into my mind,

Birds of a feather flock together.


I had grown up to think that meant a group of folks associate with each other, like geeks to geeks for an instance

The birds on the wires are all different, but that they have a common enemy in the hawk.

We are women who are going through infertility/childlessness, and that is our enemy.  Yes it is a part of us, but something that we constantly fight against until either the hawk captures us, and we go through the cycle of life (death of a dream), surviving day to day, angry at the world, or we triumph, coming out with a new life, childlessness a part of us, but no longer a handicap to us.


It is moments like this, that help remind me, we are not alone.  We are there for each other. 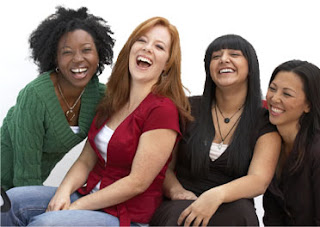