This follows up to "Without Answers", two months before the surgery.

That day was both hope and despair, hand-in-hand.

Almost a month after getting the MRI, I went to a women health center nearby.  I was nervous not knowing what to expect but that I had to see an OB/GYN.  I was relieved to see that there was an interpreter-  not familiar to me. Much better, since it's easier for me to 'hold up' without me knowing the person either professionally or as a friend.

The interpreter and I got to know each other a bit, as she needed to know my signing style and way of communication before we went in for the check-in with the nurse.   In the nurse station, I noticed a poster of 9 months of the fetus growth- you know that one tiny speck at first month, to 6th month cantaloupe-sized, to 9th baby-sized on the wall.    I looked and wondered to myself if I'd get to experience pregnancy.  Reminded myself, "That's why you're here now."

The interpreter and I entered the room where the OB/GYN doctor will meet us.  She came in all smiles and cheerful.  She stated that she had reviewed the tests that was done on me from the other months, and she cheerfully said, "I think it is just a fibroid, and we can fix it."  I felt a great sense of relief, and I asked her is it even possible to have children with fibroids or afterwards- she said "yes it is possible, if we can make sure if the fibroid is not where we don't want it to be." She added that some pregnancies were successful even with fibroids without complications.  Hope grew. 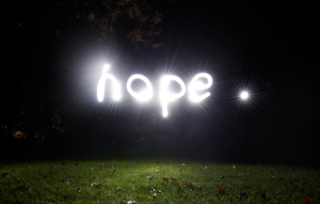 The doctor said that despite that we had two ultrasounds in the past, she wanted another with "an ultrasound technician who is very experienced in identifying fibroids"- which would help them determine where the fibroid was, and the size.

The interpreter and I found ourselves in another waiting room.  We chatted a bit; I was starting to feel hopeful, that there is a chance for me to have children.


The ultrasound technician fetched us- she said, "it'd probably take ten-fifteen minutes then we'd be out" with a smile.    I laid on my back, she made sure that the gel was warm.  She put the transducer on my stomach, and pointed at the flat television up on the wall where I could see it, "you can see it as I see it on my monitor down here" with a smile.    I thought, "great, I'd see the fibroid, and perhaps later on I'd get to see a baby in my uterus too here."

Within 10 minutes, with the nurse's face becoming sober.

20 minutes, pictures were taken more than I expected.

30 minutes, the technician said, "can you wait in the waiting room and I get the doctor to see the photos?"

I went into the waiting room with the interpreter.  I pretended not to see while the technician brought the doctor.  Some minutes passed.  The doctor left and brought back another doctor, older than her with her.  All three persons in that room, and me in the waiting room, and there was anxious tension.

The doctor came to me, and asked if we can talk with her in her office.   The hallway felt like a mile. 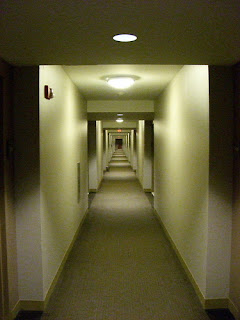 As we entered the doctor's office, she turned to say, "We are not sure whether it is really a fibroid or something else."  I stared at her-  she continued, explaining that the technician is experienced with identifying fibroids, but this cyst does not have the fibroid characteristics that she is familiar with.

"With that in mind, I feel this is out of my expertise. I would like to refer you to someone who is an expert in this. She can help you better than I can."

I nodded in silence.

I found myself in another room, this time while a woman called this department to set up an appointment.  She handed me a business card, and I looked at it with blind eyes.

I walked to my car and I sat in the seat.   I looked at the card again, seeing the name of the services, and specifics- Gynecologic oncology beneath it.

Gynecologic oncology, and that meant nothing to me. I did not understand, nor wanted to.
Posted by Wolfers at 10:51 PM